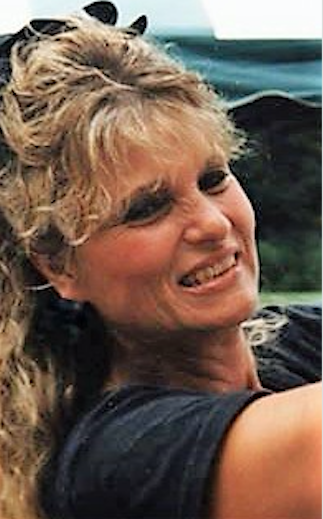 Charlotte “Lonie” Alexander passed away Monday June 25, 2018 in Ebied Hospice Residence surrounded by her family at the age of 77. She was born December 17, 1940 in Perrysburg to George J & Annette (Gravier) Misson and graduated from Devilbiss High School in 1958.

Lonie was a bartender at Miracle Lanes Bowling Alley for over 30 years where she was beloved by all the patrons and bowlers. She was an avid bowler and golfer even having a Hole-in-One. Lonie was quite the gamer playing cards, board games and bunco with her friends and family. She enjoyed going on Casino trips, playing bingo and even appeared on Ohio Lottery’s Cash Explosion. Gardening was also a passion of hers. Her family and friends would always count on her baked goods (that were second to none) for any special event, birthday and especially the Christmas Holiday.

Her family will be receiving friends Friday at the Castillo Funeral Home 1757 Tremainsville Rd. from 2- 8 PM where funeral services will be held Saturday at 10 AM followed by interment at Ottawa Hills Memorial Park. The family would like to thank and direct memorial tributes to Ebeid Hospice Residence for their exceptional care.

(3757) Sarah R. Hellyer (3744), daughter of David and Rachel
Hellyer, was born and reared on a farm in Blackford county, Ind.
On attaining womanhood she married Perry Daily and four chil-
dren were born to them in Indiana. About 1898 they removed
to Rector, Ark., and the following year this much-needed young
mother died in her twenty-fifth year, leaving the following little
children, whose present whereabouts are unknown, though every
effort has been made to locate them:

(3762) Ida May Hellyer (3745) was born several months after
her father had died. She grew to womanhood in Muncie, Ind.
Sept. 28, 1895, she married Alonzo Lytle, born Oct. 28, 1873. He
is a carpenter by trade and they have a neat cottage home in
Muncie that shows the Spaid liking for order and neatness. Mrs.
Lytle very much resembles her father’s people, being of large
stature, straight and vigorous looking. Three children were born
to Mr. and Mrs. Lytle, the youngest dying in boyhood:

89 Places for Finding a Woman’s Maiden Name: A Checklist of Sources, by William Dollarhide

Discovering the maiden name of a female is often the biggest problem we have in genealogy. Whether you are researching your families in person, through the mail, or by searching the Internet for sources, the basic search is still the same. As in all research tasks, we need to identify the possible places where such a record exists, and in particular, to find the place where an actual document may exist that mentions the birth name of a woman. Here is a basic checklist of some places to look:

– Name of father-in-law included in a family grouping

– Brother-in-law included in a family grouping

– 1890 Veteran’s census including widows of veterans

– 1925 Iowa State Census (only U.S. census with the question, “Maiden Name of Mother?” for

– Names of neighbors, as clues to sibling’s names

– Name indexes on the Internet

– The Barbour Collection (for Connecticut, as an example of published compilations)

– County-wide indexes, such as the many RootsWeb county pages of the Internet

– State-wide collections, such as those at Virginia and Louisiana state archives

Medical Records (may be accessible to close relatives only)

The Hidden Half of the Family

In this book, Christina Schaefer spells out the various legal categories of information relevant to women’s genealogy at both the federal and state level, and furnishes a time line of important events in each state’s history regarding women and the law. The bulk of the volume consists of a review of United States laws bearing on women’s ancestry and a state-by-state breakdown of those statutes having the greatest import for finding women ancestors. In addition to the chronology, each state chapter contains notes on the periods of coverage and location of pertinent records, and a bibliography. If you are stymied by the missing women in your past, the best place to turn for solid advice is The Hidden Half of the Family.

Because Savage’s Dictionary was originally published one volume at a time, in alphabetical order, the author never produced an index to the work as a whole. This limitation has always made it difficult to find female ancestors. Now, however, thanks to the heroic efforts of the late Patty Barthell Myers, the difficulty of finding females in Savage’s Dictionary is a thing of the past. In her book Mrs. Myers identifies every woman/girl to be found in the Dictionary. Each female appears in the Myers Index under a maiden name and, separately, under the name of her husband.

Note to Our Readers: Have you found evidence of an ancestor’s maiden name in sources other than those listed in Mr. Dollarhide’s checklist above? If so, please let us know by sending your finding to info@genealogical.com. We will gather up all the responses over the next few weeks and publish them in a future edition of “Genealogy Pointers.” There are 89 items listed in the article; perhaps your source could become the 90th.